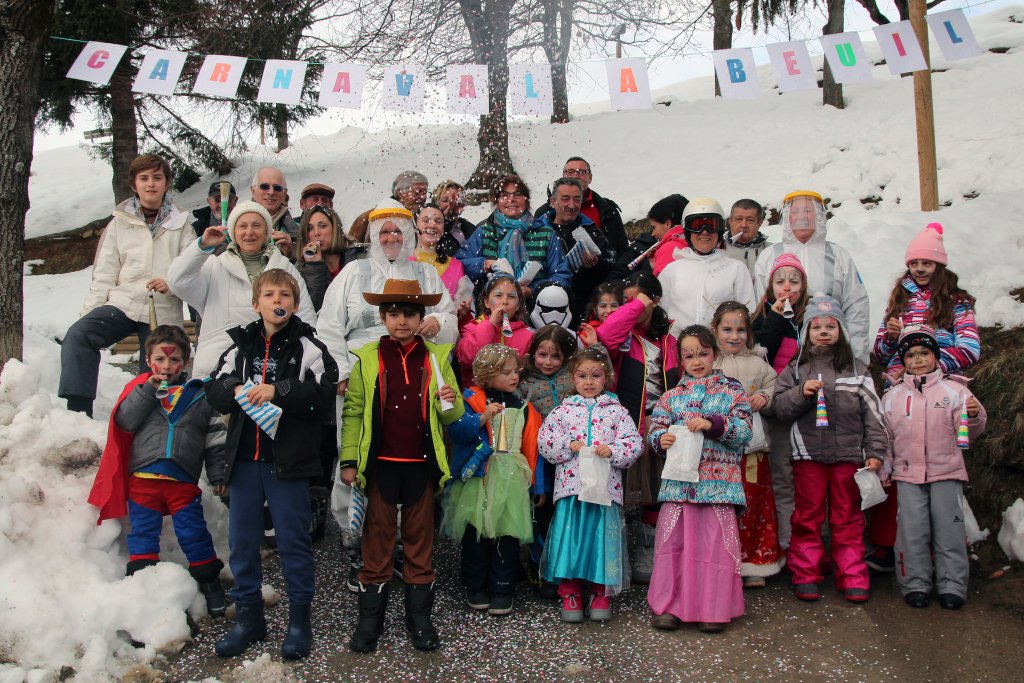 A Carnival colorful and diverse …

Participants and spectators were not disappointed and if the King of Carnival did not reach Beuil, it is perhaps because of the snow, so abundant! He had however delegated princesses, pirates, clowns and other cosmonauts, all emissaries of His Majesty to participate in the festivities organized by the municipality.
All these messengers, adults and children, had an appointment at the village hall of Beuil where waited for a workshop “makeup” which firstly allowed them to perfect their disguises.
They then settled for a painting session during each child was able to create a trumpet-shaped work of art.

All that remained was to parade through the streets of Beuil to show all the shimmering costumes and participate in a battle of confetti furious.
The afternoon ended with a brioche and comforting hot chocolate.

But the party was not over … From night tourists and villagers were able to meet at the foot of the slopes of Launes to attend the torchlight descent and a demonstration of grooming equipment, all organized by the ESF.
From there, they could follow the serpent of skiers from the top of the tracks until the arrival.

Chocolates and hot wines, offered by the municipality, warmed the bodies and hearts and closed this wonderful day.