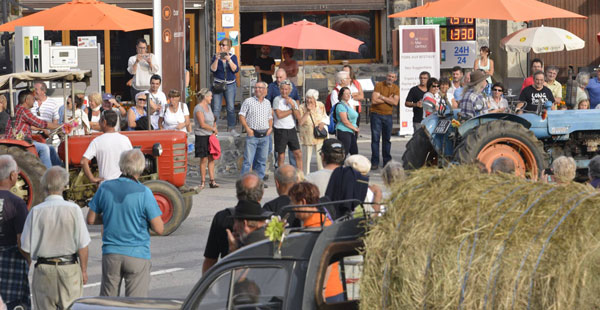 Demographic evolution is an important element if one wants to really understand a region. In the Southern Alps, over a long period of time, the number of inhabitants remained stable and even if this stability was periodically threatened by “accidents”, such as epidemics, natural disasters, agricultural crises and wars, still, the population would more or less go back to what it was before. However, towards the middle of the 19th century, the whole hinterland seems to have been struck by a sudden demographic fall. From the 1840s onwards – according to some historians – from the 1860s according to others, the population started to decrease irremediably at the very moment when it actually seemed it would increase.

First census : 486 inhabitantsBefore the Revolution, figures were kept by parish registers – a formidable source of information – but the first official census was organized in 1801 – year nine of the Republican calendar. Beuil numbered 486 inhabitants.
In 1829 : 710 inhabitantsAn agricultural survey mentions that the 710 inhabitants of Beuil were producing 2640 bags of rye, 600 bags of barley and dry seeds ( lentils and peas). It also recorded the presence of 3 fresh meat merchants, 3 wine merchants, 3 grocers, 2 millers, 2 bakers, 2 masons, 3 shoemakers, 3 tailors, 4 weavers, 1 blacksmith and 1 farrier.

1886 Census: 623 inhabitants.
The 13th census gave the number of the inhabitants of Beuil as 623 (319 men and 304 women). Almost all of them were born in Beuil.
A little more than a century after having reached its peak, the population of Beuil amounted to only 391. It is an ageing population hit by rural depopulation. 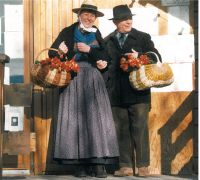 In 1982 : 313 inhabitants. 150 years after its demographic peak in 1838, only 313 people resided in Beuil. Indeed, as is the case with the whole hinterland and mountain area in our region, the middle of the 19th century corresponded to a break in the traditional agricultural and pastoral equilibrium and to massive rural depopulation towards the coast , which was more attractive and provided jobs. Today, newcomers settle in Beuil and natives from Beuil who had left, come back on retiring and more and more young people decide “to stay home”.All this gives new life to the village, revitalizes its economy, helping to keep its one-class primary school open and even open a nursery school.
In 2006 : 499 inhabitants.
At the beginning of the 21st century we hope this new dynamism will help Beuil go beyond the level of 500 inhabitants, thus retrieving the vitality it had in the past.In 2015 : 519 inhabitants.

The threshold of 500 inhabitants is again exceeded